Corporation invitiations are now done, providing the fundamentals of all Corporation features to come. Michi pushed forward both the Chamber of Global Commerce and the visualization tool from last week. Julian moved into a new office, where he got busy adding Prosperous Universe to games lists throughout the web.

I did it! Development of the basic Corporation feature which - for many reasons - dragged on for many months despite its relatively small scope, is finally finished! As always, there are various bells & whistles that could be added, but for now you can found a new Corporation, invite other companies to become shareholders and those invitees can respond to your invitation. Doesn't sound like too much, but given the role of Corporations as the foundation for many of our mid- and end-game features, I'm very relieved to finally have this wrapped up!

Once the basics were in place, I started working on the first actual practical benefits of Corporations: Auto-managed, internal chat rooms for all shareholders. But more on this next week. :-)

I continued to work on the material editor and the Chamber of Global Commerce feature this week.

Our game designer is quite happy with the visualization of the dependency graph I made. Although it is just a quick prototype, it is quite usable, but of course lacking some features. So I took the time and added a few things. The most important is probably the visualization of the workforce. Right now there are pioneers, settlers and technicians in the game. Each of them depends on commodities like food, drinks, medical equipment and so on. On the other hand, buildings depend on the workforce to operate properly. I visualized the workforces as single nodes and both dependencies as arrows from and to the these nodes.

I made some progress with the Chamber of Global Commerce feature as well. Unfortunately there is still nothing to show yet, but we'll get there. :) Right now I am in the middle of implementing a tile that will show the progress of a planetary project and lets the player contribute resources towards finishing it. Planetary project is a general term for all projects that have a global scale. The Chamber of Global Commerce is the first one we implement, but there surely will be others in the future. Let us know if you have some ideas. :)

As promised last week, I started working on the game's online reach in view of the upcoming alpha test, which is supposed to be a few orders of magnitude bigger than the previous ones. However, before that, I made quite a drastic change in my working habits.

As you may know, only Martin works from simulogics HQ (his office at home), whereas Michi and I have our own bases of operation hundreds of kilometers apart (i.e. our offices at home). At least until now. After years of working from home - first as a freelancer, then for simulogics -, I decided to rent an office for myself. I made the decision last Sunday, reached out to a few places on Monday, got an answer on Tuesday, started moving in on Wednesday and set up all the new furniture on Thursday. Funnily enough, both Michi and Martin are about to move their offices as well. So here's the first of three new simulogics offices you'll get to see: 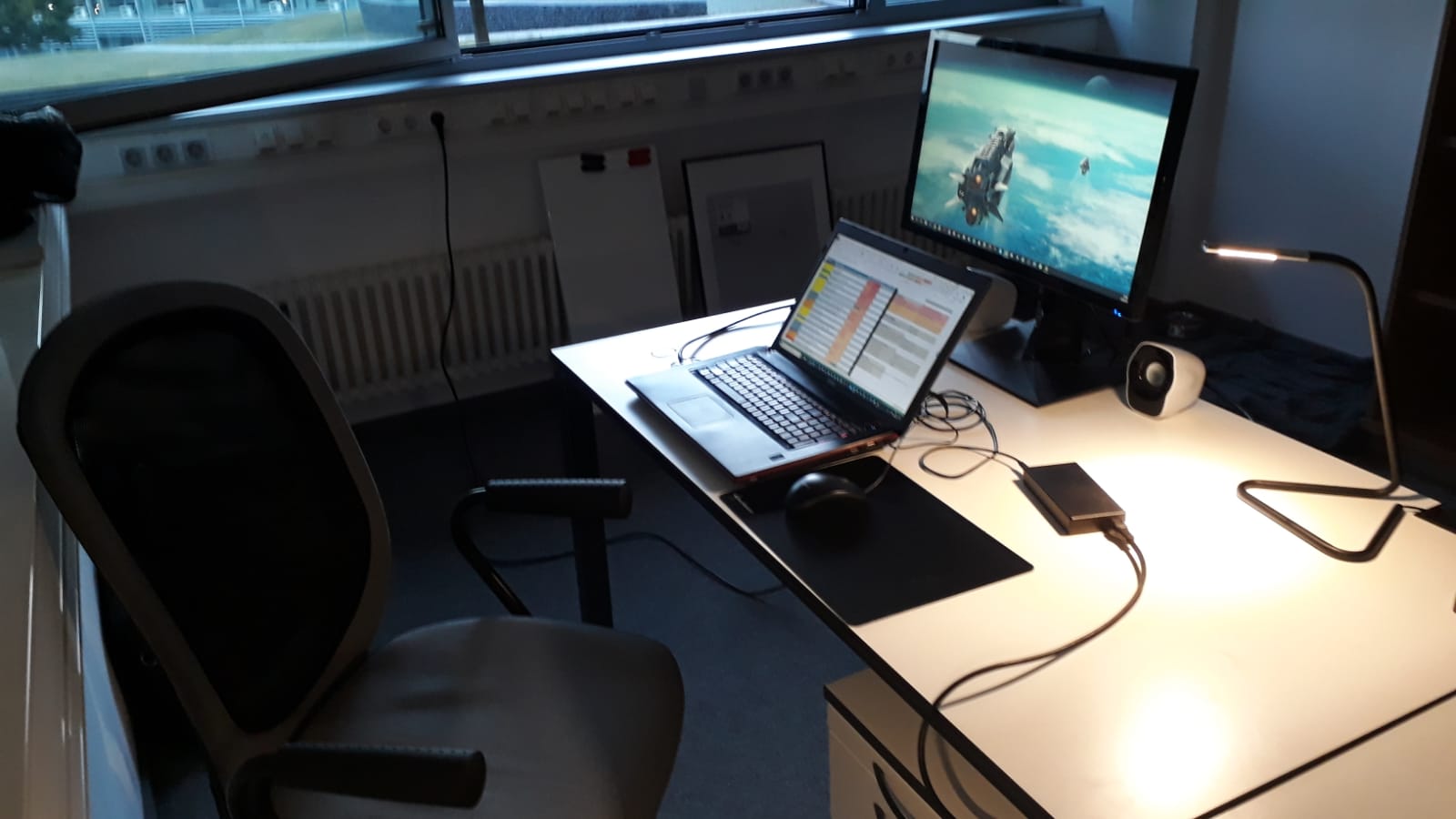 It's not quite finished, but it's almost there, and I already love it. It's a corner office with huge windows opening to a beautiful university campus. In fact, I enjoy working in the new office so much that I spent my whole weekend there - and I intend to utilize this enthusiasm while it lasts!

Now, on to something equally important: The first step in my marketing offensive, which is list entries. Google Analytics says that the most important source of traffic to our website is the few MMO websites that already have us listed. No matter what we do on our own channels, these entries outperform them every week, even though Prosperous Universe is just one out of thousands of games listed on these pages. What I'm doing now is contacting the admins of all the pages the game is not yet listed on and asking them politely if they can add it. If all of them do, I expect the increase in traffic to be quite dramatic, but even a handful might double it over night, as the current metrics suggest. I'm still in the process of composing all those personalized messages and haven't sent out any yet because I'm waiting for the new landing page on our website to drop first. That's happening next week in all likelihood, so stay tuned!