During Martin's last week of parental leave, Michi diversified the possibilities for player interactions, Julian engaged with the community via Skype and in person, and Mac made a new piece of concept art in honor of Asteroid Day 2018.

In the beginning of the week, I continued my work from last week on the visualization of the orbits of own ships, stations and traffic. Here are the current results:

I then started to work on some smaller tasks that will eventually increase the interaction between players. The last alpha tests have shown that oftentimes players don't want to produce a certain good themselves, but there are no sell orders at the time. Up until now, the only solution was to ask around who could produce it and there was no means to find out what other players were doing.

The new planet site information buffer allows to find out who has a base on a certain planet and what their primary industry is. A click on a plot will open the buffer on the left. 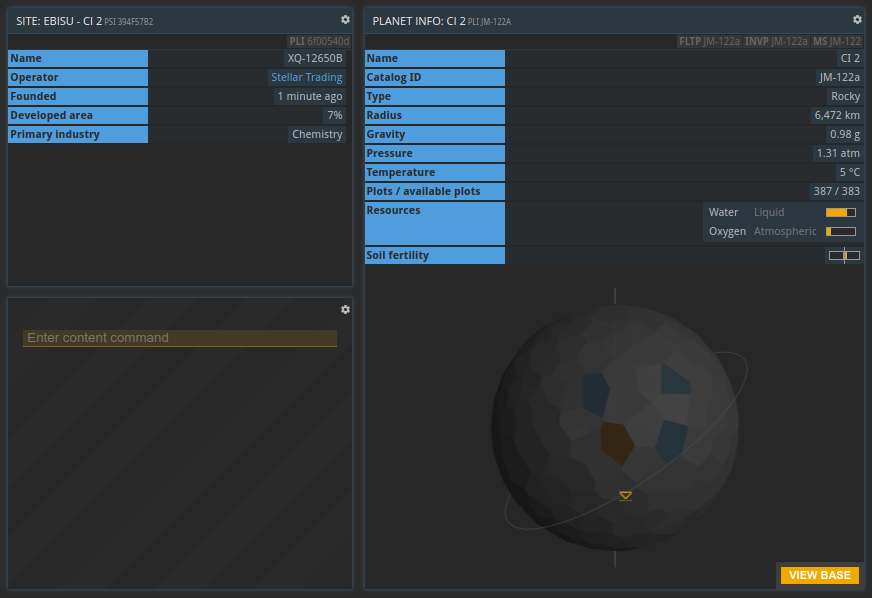 Of course, this is no proper spying tool as no vital details are visible, that's a feature for another time...

We did the first round of player interviews this week, which are shaping up to be a very valuable tool for us. There's nothing like talking to our players directly when trying to find out their priorities. I can't yet say much about the results, but our immediate course of action as well as some long-term game design decisions will be shaped by these talks, so you'll definitely hear more about this topic in due time. If you'd like to volunteer for an interview as well, don't hesitate to shoot me a message!

You may have seen that we exhibited the game on Thursday. The occasion was a closed-doors industry event in Trier, where developers and politicians came together to discuss the status quo of the regional industry. I've been connecting with other indies around my home town throughout the past year and co-founded a small group called Game Dev Saar. We were invited by our neighbors, GameDevs Rheinland-Pfalz, to showcase some of the games made by our members, including Prosperous Universe. Among other things, we did a live interview on Twitch and received some great feedback for the game by some fellow game designers. 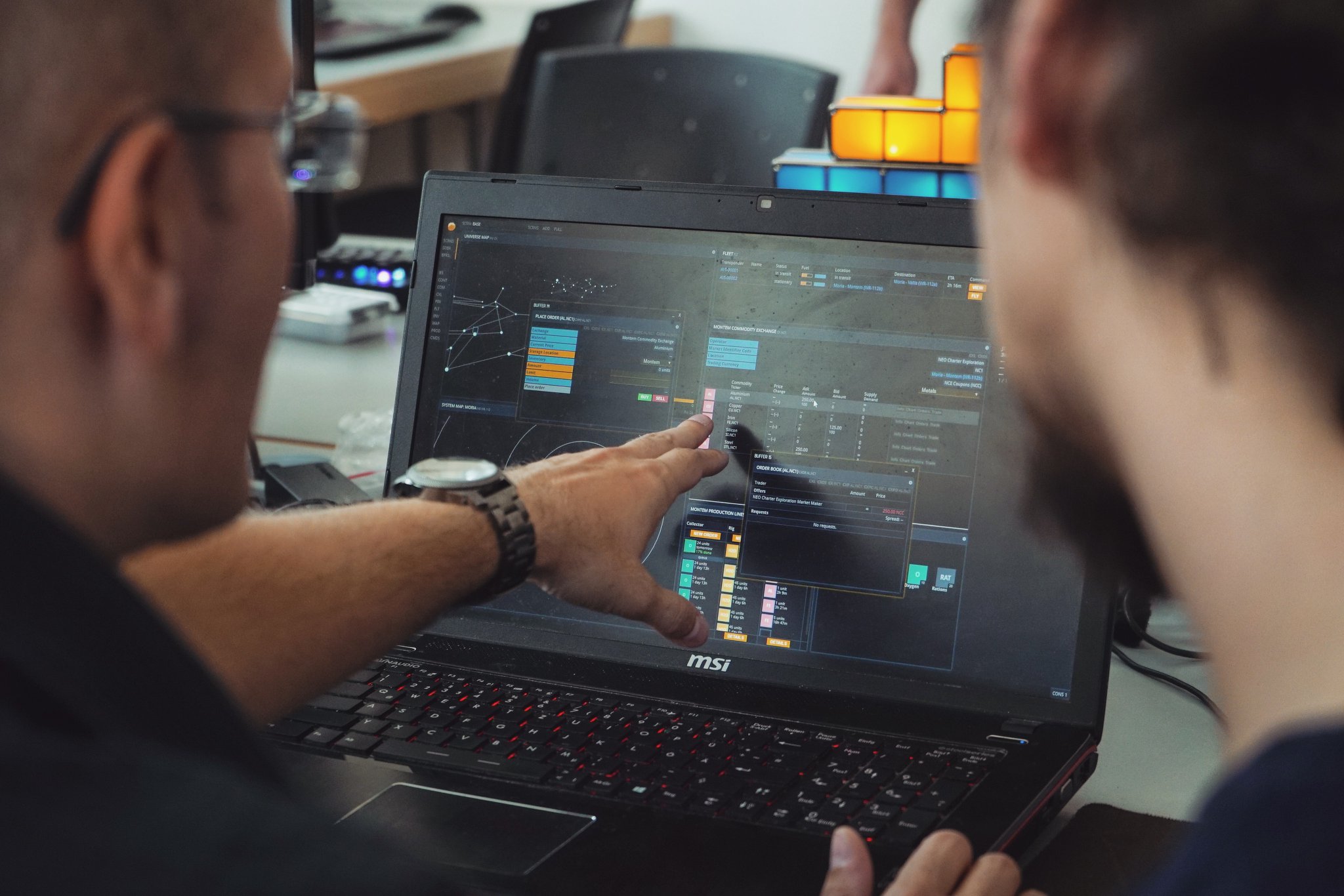 Yesterday, we posted our annual Asteroid Day artwork, as always created by our concept artist Maciej Rebisz. The APEX interface made an appearance in this piece, juxtaposed with a mining operation outside the cockpit windows, which is being managed through APEX at that very moment. In the future, we're going to bring a little more of the concept art's flair into the game and more hints at the actual gameplay into our artworks. The concept art pieces were always meant to convey an idea of an actual game world that is being manipulated through the APEX interface, but so far, this connection has mainly existing in our players' imagination. With more and more eye-candy like visible orbits of ships and stations, the planned UI overhaul (which is still coming!) and future features like the 3D ship editor, the game world will become more and more visible within APEX itself. 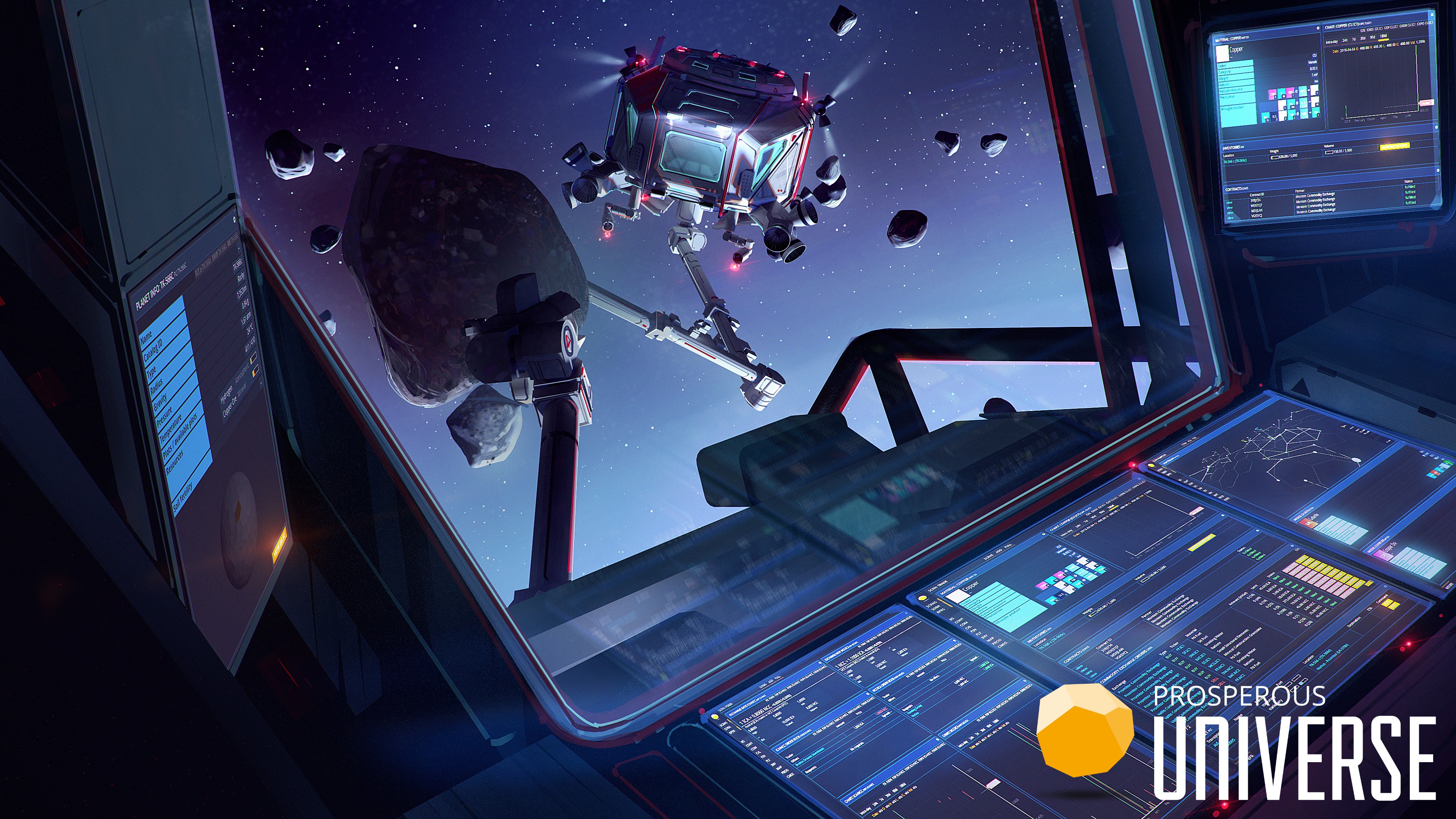