The simulogics team wishes you the happiest of holidays and see you next year in 2023!

Hey everyone, the year is almost over and given how turbulent it was, on so many levels, I am happy to go on a small vacation. Spending some time with my family away from work, staying home and daily routines will help recharge my batteries. I will be back early next year. In the meantime, if you run into problems, don't hesitate to ping us on Discord or post in the forums. Just be aware that the response times will be a bit slower than usual :)

Last week, I had a day off for my birthday, but there was the Prosperous Universe Live Stream, and I attended the AirlineSim community meeting in Stuttgart. Between those events, I deployed a new version of the server. It contains a change regarding the amount of rewards for faction contracts. As mentioned in the last devlog, we received a lot of feedback that the rewards are too low, so we increased them slightly! Please let us know if you think the rewards are more adequate now. We also fixed a bug that prevented viewing a production line if there was a halted production order.

I also started to work on a new project, as hinted in the live stream: We started to work with a designer to refresh the look and feel of the APEX interface and finally getting rid of the "coder art" that has been used in the game since its inception. You can hopefully expect some screenshots in the first weeks of the new year.

That being said, I wish you all a good time, stay safe, happy new year and see you soon!

A big thanks to everyone that joined the live stream last week! I think it went very well and we had a good time hanging out with all of you and answering your questions. I recieved several messages from players telling us how much they enjoyed it, and we will definitley be doing it again soon in the New Year! I am also working on getting a new influencer video ready, which will hopefully come out this month. Also SeaPear is still hard at work on the rest of the tutorial videos, and they are shaping up rather nicely. Those should also be ready soon.

As molp mentioned, on Saturday most of the team was in Stuttgart for the AirlineSim event and we had a great time touring the ITS Project and learning how the city is building a really intricate system of trains and routes to connect Paris to Bratislava with Stuttgart being an important hub. The photo below is a model of how the new facilities will look when it is finished in approximately 2025. 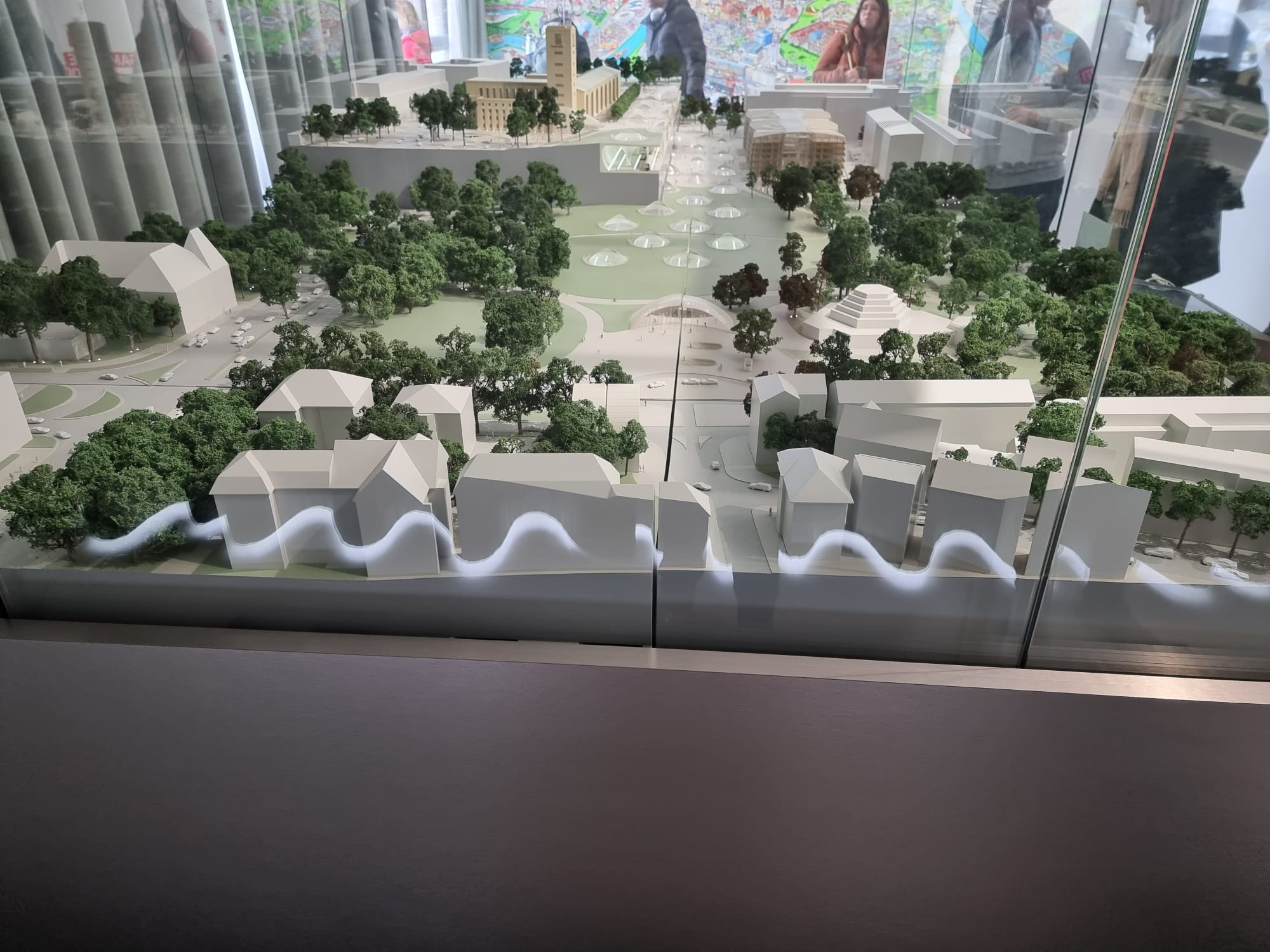 This is most likely the last devlog of 2022, so we wish you Happy Holidays and a wonderful start to the New Year! See you in 2023!