Michi is cleaning up after the Mobile UI release and Nick tackles new landing pages for future campaigns.

As usual after a release, there is some clean up to do. Last week's release of the mobile version of Prosperous Universe is no different.

As you can tell by the length of the release notes topic there has been plenty of things to fix, discuss and explain. I spent most of the week on topics related to the mobile UI.

I could fix several smaller issues right away, for example scrolling issues in the notifications and inventory view commands. We also introduced a regression with release regarding contracts, where contracts couldn't be opened from the sidebar or a shipment item in the inventory.

We received a lot of feedback on the new inventory transfer control. Most players like the new controls, but there are some issues that we have to fix. The biggest one is that the list of drop targets is being shown within the inventory and can be obstructed, not visible at all, or not showing all options depending on the screen size and the scroll state of the inventory. It is not possible to drag and hold an item and scroll to a target inventory, effectively rendering the component ineffective on small devices. We considered several options to remedy the situation, but for now we will make the panel containing the drop targets larger and stretch it as much as possible. The screenshot below shows how this could look: 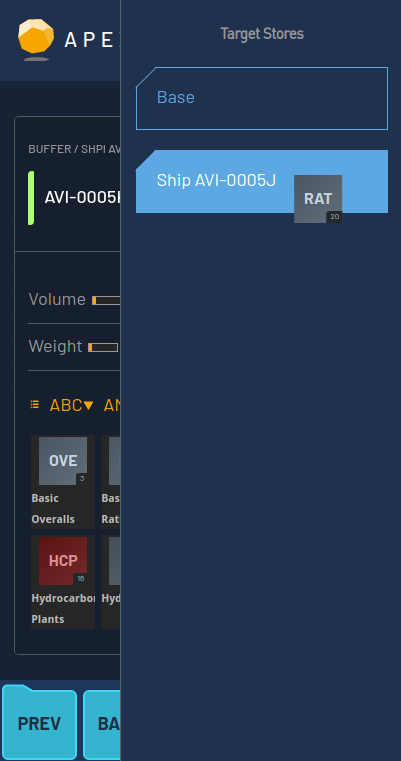 Last week we had another YouTuber put out a video for us. You can check out Boomstick Gaming's video if you'd like. I am also in talks with another one that should come out rather sooner than later. I will now be working on contacting more influencers since this strategy still works quite well for us.

Since the Mobile UI launch, I've been sending out materials in regard to that like newsletters, press releases etc. I also will be adding content to the website this week to reflect the launch. I'm also working on getting a landing page set up for performance ads when we decide to start running them again. Basically we want to set up a page that greets users from, let's say Reddit, and asks them to sign up for the game right away without them having to look around the site for the login. We want to get them into the game as fast as possible. We will also be able to track how well this works and see if going to the homepage first is better.