Back from the 2021 annual conference, the PrUn team is hard at work on new projects and maintenance release 2021.4 is coming this week!

Hey! I am back from vacation, and before I went to Frankfurt to meet the other team members, I continued to work on the next maintenance release. In my absence, Fabian was working on the release and compiled a long list of issues and tickets that he finished or that need code review and open questions. I must say I like this approach, it's way better than coming back to the office, sifting through several hundred emails trying to figure out what the current status is :)

After going through the list and reviewing the code, it became clear that he made good progress and I am happy to announce that the maintenance release 2021.4 will be released on Thursday, September 9th. We have yet to do the final testing, but I am pretty confident that we won't run into any slow downs.

In case you are interested what the release entails (it is a lot!), head over to the forums for the release notes. We will deploy the changes to the test server on Tuesday, so everyone with access can have a sneak peak!

As Michi mentioned, last week was mainly about finishing up open tasks left for the maintenance release coming on Thursday. The biggest remaining topic was demolishing bases. We had already defined a list of requirements that would simplify the process. For example, the base can't be your HQ, the core module has to be the only remaining building and the base storage has to be empty.

Still, deleting a whole base from a game comes with quite a few follow-up issues that need to be handled. There has to be a non-base storage present to collect the reclaimable CM materials, we need to clearly remove the player's CoGC and ADM votes on that planet, make sure the planetary workforces and needs are updated correctly, reset experts, storages etc. Everything's should be in order now, however and in combination with the new base expansion feature via permits this will open up quite a few new options and also drastically increase your flexibility when it comes to deciding where to build, maintain and expand your production.

Thanks again to all of you that participated in the 300th Devlog issue last week! I hope you enjoyed reading everyone's ideas; we certainly did! I hope to do more things like this in the future, so if you didn't get a chance to write in last time, there will be future opportunities to do so. Also, we have a new video by Spacedock that's out now, and I think it turned out great!

We had a great time over the weekend discussing all things PrUn in person at a nice hotel not too far from Frankfurt. The team was really pumped to plan for the future of the game as well as iron out some details on previously announced projects and releases. We aren't quite ready to announce anything new just yet, but rest assured that we are working hard to bring you even more PrUn goodness! 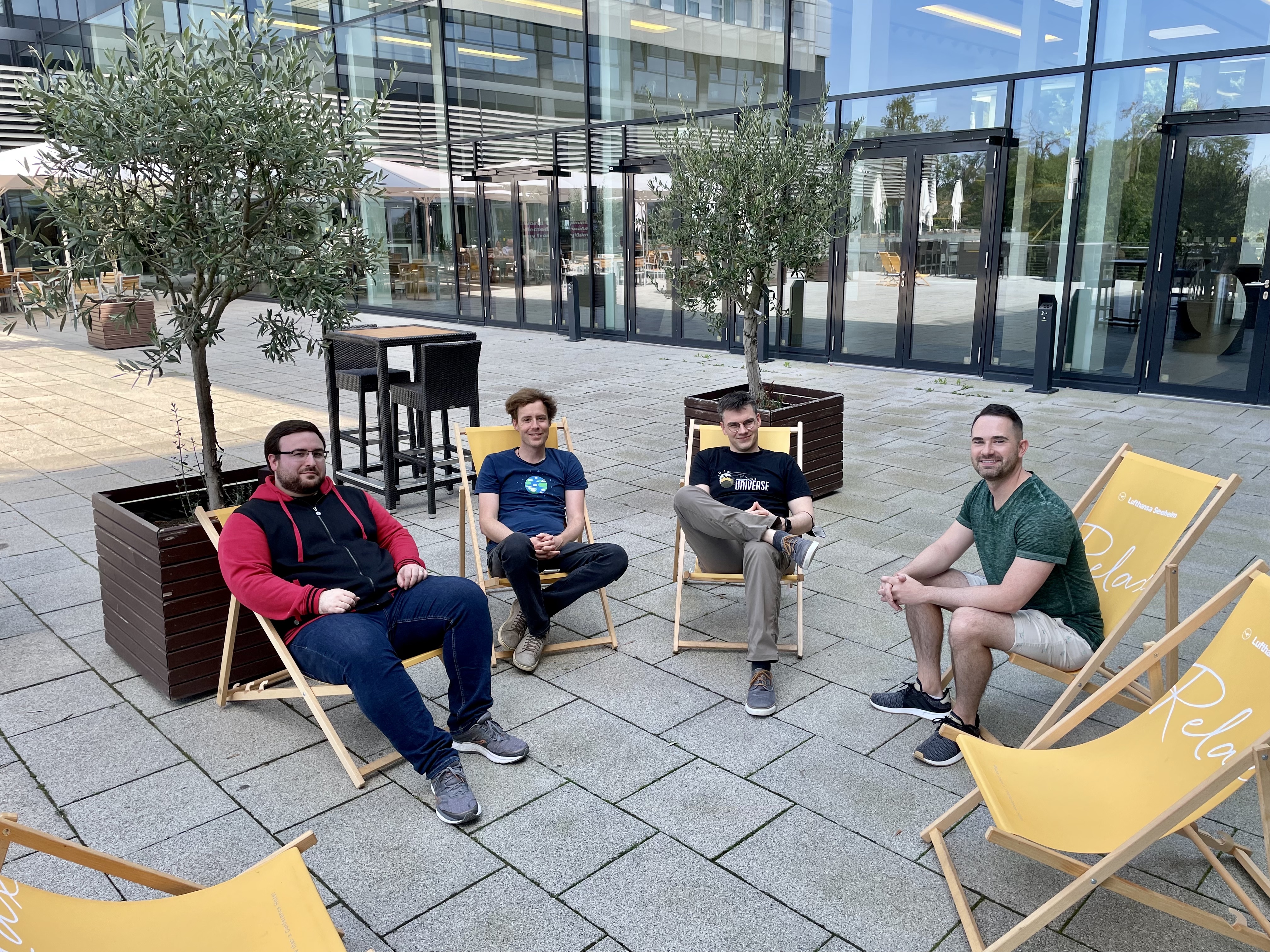