Michi has reached a critical decision while working on the map prototype and is calling on you for help. Congratulations to Kiruna, formally XH-594b!

I finally found some time to work on the map prototype again. One of the first things I did this week was improving the performance. Usually I wouldn't worry about performance so early in the prototyping phase, but since the maps are going to be used in the mobile version as well, performance matters. I implemented instancing for the stars and graph elements. If you are unfamiliar with the term, it just means that instead of sending the geometry of the stars and graph elements to the GPU individually, they are only sent once. That saves bandwidth and processing power. There is still one other performance improvement left that I want to try, but I am not sure how well it will work, so I decided to postpone it for now.

Concerning the data representation we haven't settled for a final format yet. I created two quick screenshots for the team to decide which style we want to pursue.

The bar graph version is very similiar to what we have in the current version. A data value is represented by a bar, and the height and color is determined by the actual value. I still think that this type of graph looks cool, but it has a major downside: The bars obstruct the stars from view. There are ways to mitigate this, but so far I haven't found a convincing solution. 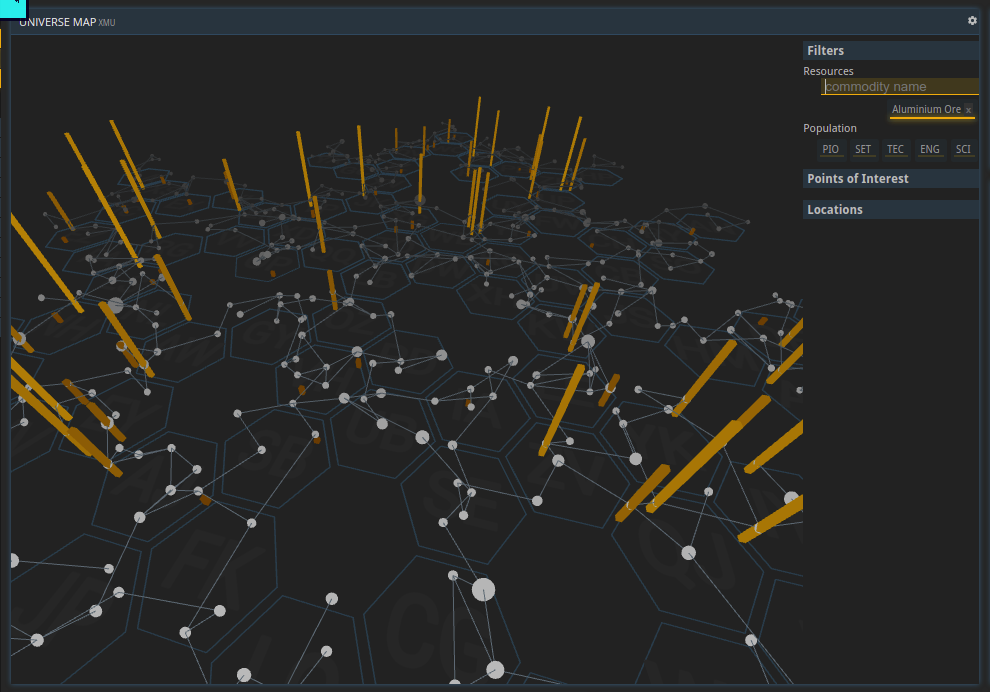 Another idea is disc or ring graphs. A value is represented by a ring around the respective star. The thickness (and color) of the ring indicates the value. The advantage is that the information is very local to its source and can be represented with a relatively small design element. The downside is that it is harder to see where clusters of high and low values are. 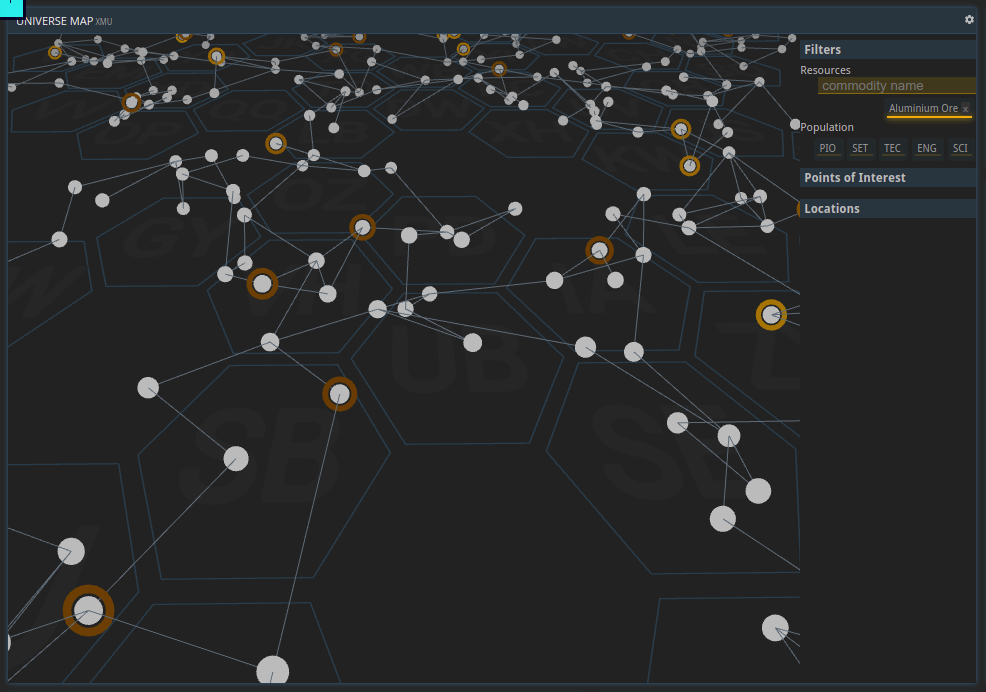 I am going to wait for Fabian to chime in, as he has taken a few days off, and then we'll continue working with whatever style we settled on. In the meantime I'd love to hear your opinions!

Last week I was able to set up Reddit Ads for a test phase. We started with an ad for "space gamers" and another one for "space enthusiasts." Space gamers of course are interested in games like EVE Online and other similar scifi/strategy/MMO games that could cross over with Prosperous Universe. Space enthusiasts are people interested in things like NASA, astronomy, and other space-related organizations. So far the test has been going well and I'm looking forward to updating it this week and getting more familiar with the platform.

Thanks for everyone that participated in "Name That Planet: Round 3!" I'm happy to announce that XH-594b will henceforth be known as Kiruna. Big thanks to HartmutM for the suggestion! Look forward to the next Name a Planet in the coming weeks :) 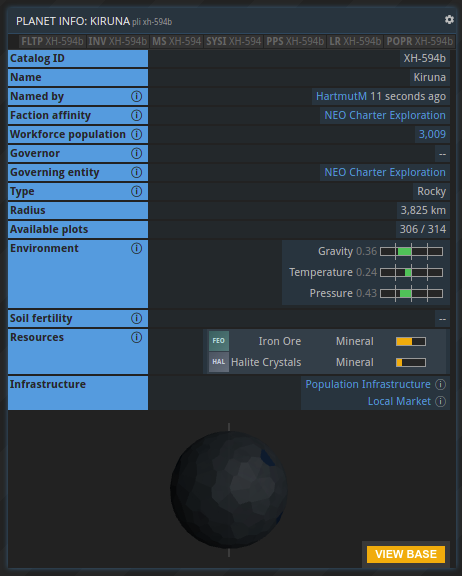