just wanted to make you aware of the maintenance release that went live today. We focused on fixing issues and bugs that originated from the Populous release, but managed to include some unrelated changes and fixes as well.

The BBL command now has a second button (‘repair’) to allow to repair buildings without demolishing and rebuilding it. It is not necessary to remove any items from the production queue to do so. 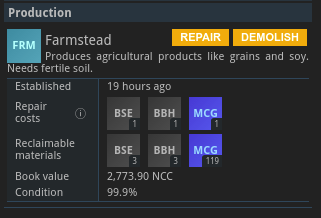 There have been two noteworthy changes to administration centers:

We added a new notification that every base owner of a planet reveives once an election has started.

The MAT command now shows if a material is used as population infrastructure, CoGC or workforce upkeep. 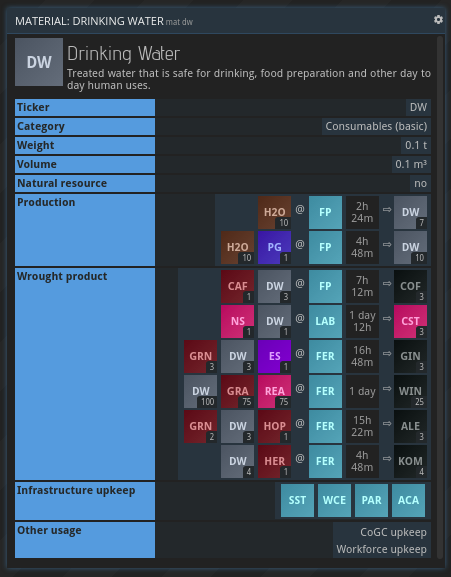 Other notable changes include a change to the CoGC's vote influence calculation and the CXPC now showing the traded units instead of the sum of the trades' prices. And there's more: Find a full list of all changes in the release notes on our forums.

We hope you enjoy these additions and that they further enhance your experience while playing the game!