An unusual yet special week has come to an end. The mic was passed to Martin for the rundown.

Readers of this blog might be aware of the fact that we applied for and received a grant from the German government in late 2019. Ever since we’ve been looking for new team members, a process that had its ups and downs: While Fabian joined us in January already, filling the game design position, another candidate left us hanging literally at the last minute. Fabian, Michi and myself were waiting in a meeting room for “number four”, only to receive a message that he wouldn’t show. We wasted several weeks trying to remedy the situation before giving up and starting from scratch. This meant that the search for the “frontend developer/designer” position dragged on for several more months, postponing the official launch of the project for which we received the funding. We finally signed a new contract in late March but didn’t want to jinx it this time and kept the news mostly under wraps.

Now I can reveal the secret: With both excitement and relief, I am happy to announce that as of this July, Manoj joins us officially as a UI/UX designer!

I am also able to finally reveal what he and the rest of the team will be working on: His primary project bears the working title “Prosperous Universe Mobile”!

To fulfil the selection criteria of the funding program, we had to find a self-contained project to propose. A generic more-work-on-PrUn wasn’t an option, so after some discussion we decided that the most effective use of the additional funds would be as a visual overhaul of the existing web app combined with a dedicated UI for small screens. The reasoning behind this was that only the external funding could allow for us to create a dedicated position just for frontend design, presenting completely new opportunities.

We won’t be creating any native apps, the mobile UI will be browser-based just like the existing application. But we know that a lot of you have been asking for better touch support for a long time and I hope you are as excited as I am about the fact that it’s finally coming! With Manoj working on this pretty much full-time for at least the next 12 months, we’re convinced we’ll see some impressive results soon.

And we’ve already started: Last week, the whole of the Prosperous Universe team came together in Darmstadt to discuss first steps and to get to know each other. There’s even photographic proof: 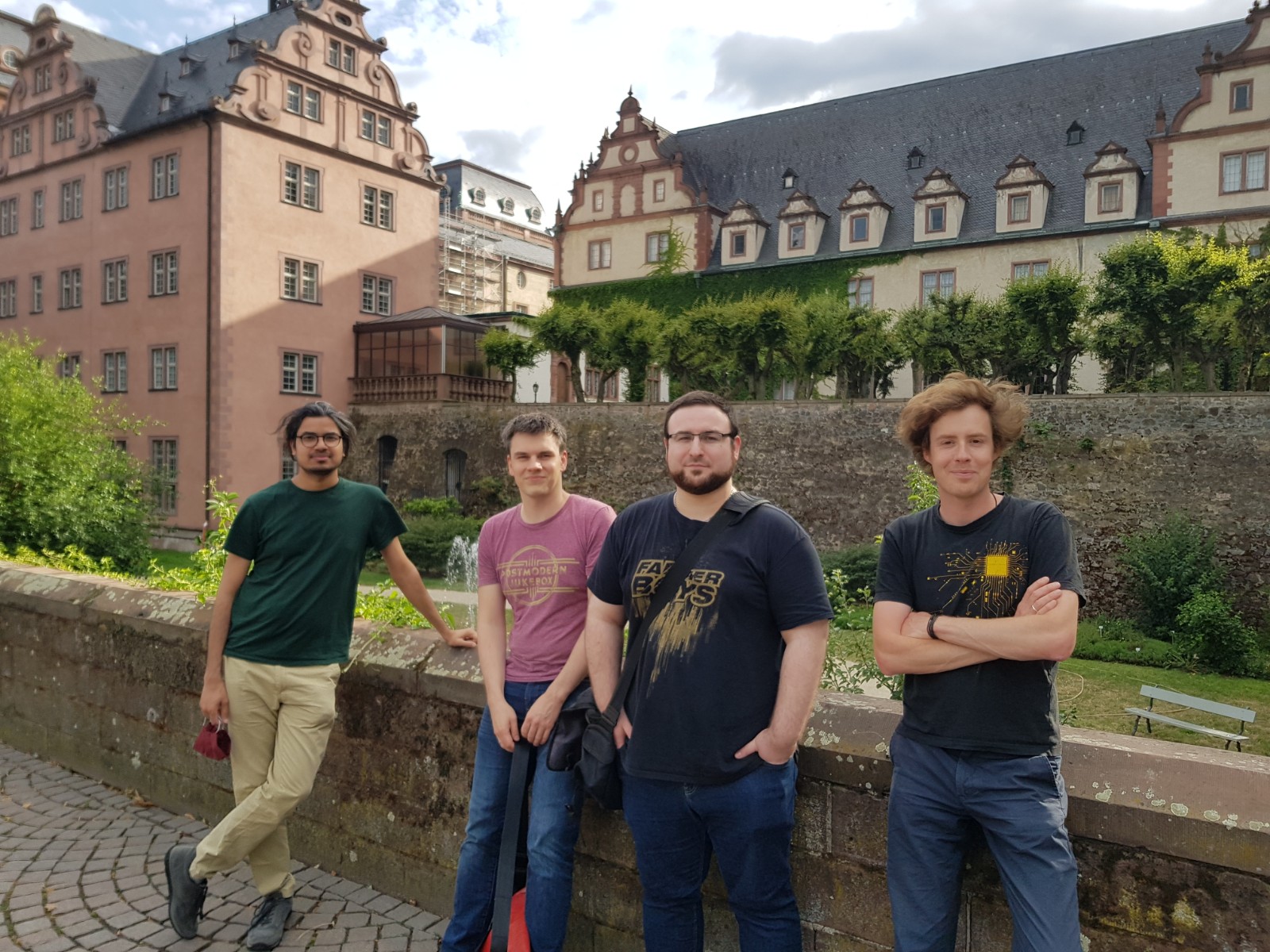 So once again: Welcome on board, Manoj!