Julian is fighting a boss-level viral infection this week, so the duty of writing the devlog blurb has fallen to me. Michi's work on the Administration Center steadily continues and I myself have finally gotten around to some long overdue work on our analytics system.

I've had some fairly unusual weeks recently so I can't remember when I mentioned it exactly, but I am sure I did mention at some point that we were planning to build a basic internal analytics system to help us with figuring out when and why people drop out of the game (among other things). After work on this has so far been limited to mostly requirement gathering and writing specifications, this week I finally got around to actually write code.

Since I've been on a business trip for the majority of the week it's not as much code as I would have liked, but the general "ingestion side" of things is now ready, meaning the part of the application that allows our games (note the plural) to register more or less arbitrary events is mostly done. Next up is the "persister side" that actually stores the events in a way that allows us to run the desired reports on the data.

The work on the administration center continues (Part 1, Part 2, Part 3).

Just a quick update from me this week. I started the week with a quick detour. To be able to determine the proper currency for local market and production fees we need to know if a planet lies within faction space. Curiously we never exported that data from our world editor. So I changed the editors export format to include the information and adapted the server's importer. I also added a new field to the planet information that shows its faction affinity: 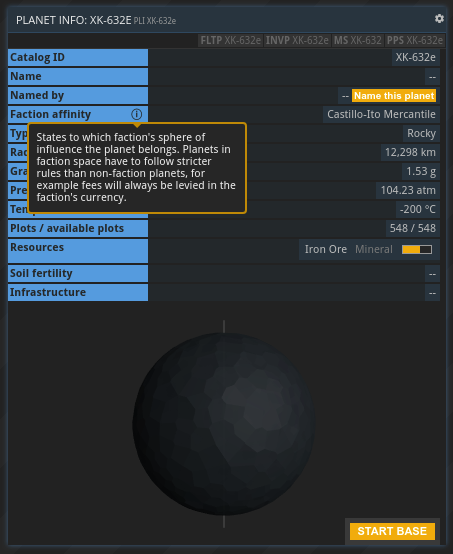 Every planet and system within one or two jumps of a starting planet is now faction space.

I then continued to work on the administration center elections. As mentioned in the last devlog, after an election is over the candidates and the global site owner of the given planet are being notified of the outcome. I added three different notifications that are pretty self explanatory:

The current work-in-progress shot of the administration center looks like this: 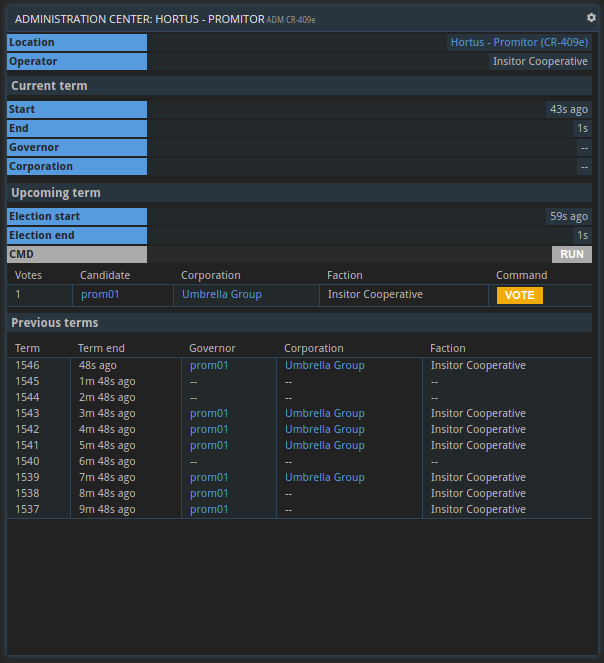 In addition to a candidate's name it now shows the corporation (if any) and the faction. Those are relevant because once elected the governor can decide which entity should receive the local market and production fees (and thus in which currency they are levied) and it might make a big difference for a planet's inhabitants.

See you next week!