Prosperous Universe has never been more active than these past two weeks! What's more, the game is starting to get some attention on Twitch.

It looks like I'm by myself today, as Martin is traveling over the weekend and Michi is still on parental leave. The two will return tomorrow, at which point I will go on my first vacation in forever (and essentially work on other things, yay). If you happen to be at Baltic Dev Days, hit me up!

First off, let me say: The universe is brimming with life right now. We've never had more players and activity in and around the game. It's an amazing sight. (And Promitor is full once more.)

At the beginnig of this week, I organized a little giveaway on our Discord server. We gifted APEX PRO Licenses to 10 lucky winners. Congratulations again! Other than that, I continued to beat the drum about Prosperous Universe with varying degrees of success. The game first peaked at 125 connected users last week (and 1.300 active users over the whole week). I thought we wouldn't beat that any time soon without another big marketing push, but a few days later, we had suddenly had 136 connected users (and 1.400 active users this week). We asked the new players where they were coming from, and they told us that a Factorio streamer called rain9441 was streaming the game on Twitch. He played Prosperous Universe again last night, and I have to say that he got the hang of the game really fast, and his community seems into it as well! (I'm also proud to report that the way he found the game was actually thanks to an SEO measure I took a few months ago.)

What's more, an old friend of mine also started streaming the game this week on his channel ZeisPlays. The way it came about was quite funny: I posted the new Prosperous Universe trailer on the Fantasy User Interfaces subreddit, which he created years ago. I even made the intro music and sound logo for the FUI podcast he was doing at the time. He saw my post last week because it garnered a lot of positive attention on his subreddit and got in touch, not knowing it was who had made it. Long story short, we had a chat and he ended up playing the game on stream a few days ago.

Speaking of livestreams, you may have noticed that development number TWO-HUNDRED is coming up next week. To mark the occasion, we will be doing another livestream ourselves on September 16th, 8 PM CEST. It's still a few days away, but feel free to follow us on Twitch already. See you in a week! 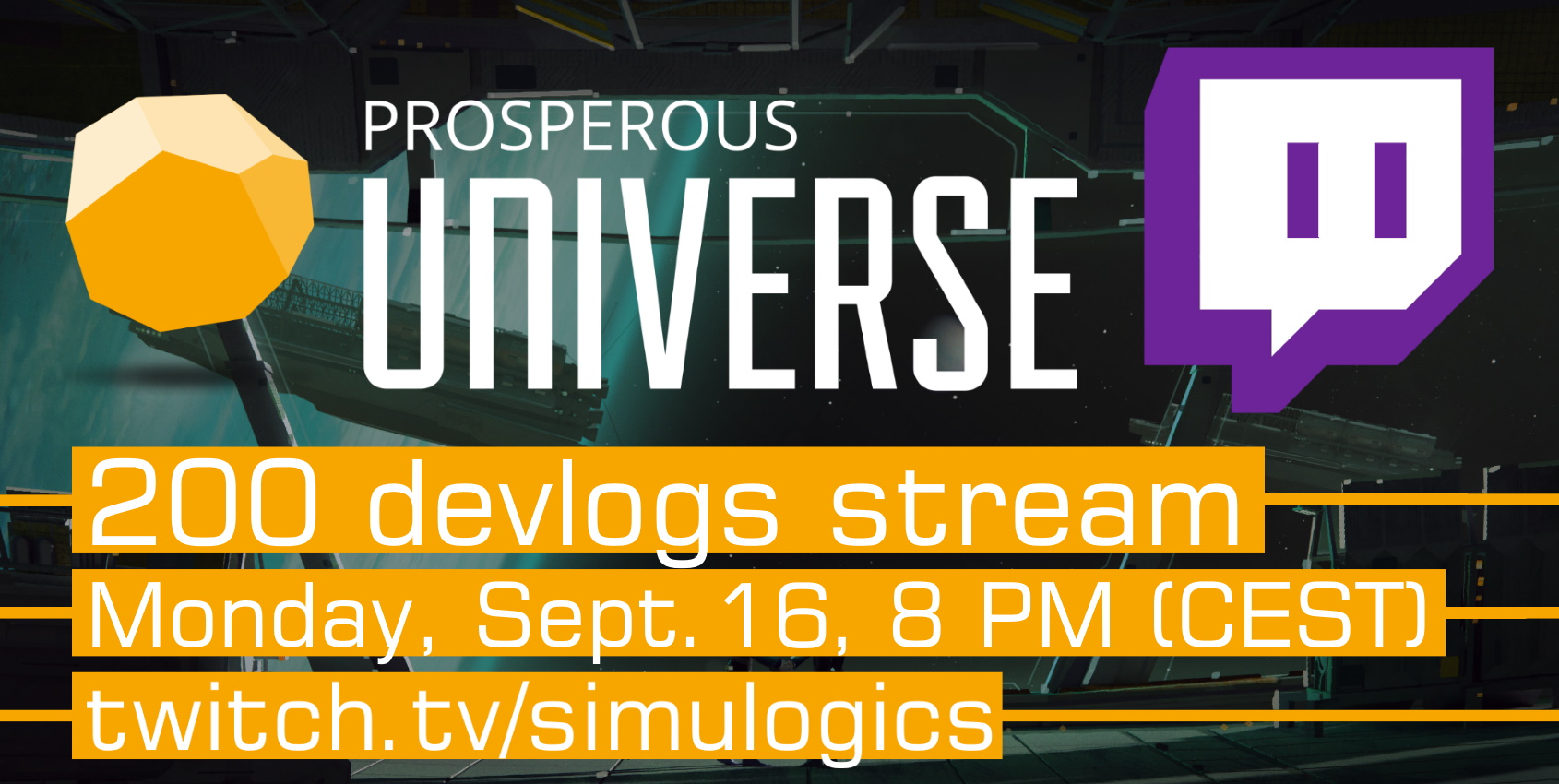