Many little details affect the overall quality of any game. That is why this week, we've shifted our attention to numerous smaller improvements we want to get out there before the upcoming big update.

This week I took a break from the usual development on the new local markets feature and worked on issues belonging to a smaller, regular bugfix and minor-improvements patch. We hope to release this patch soon. There is no public changelog yet, but here is a preview of some of the issues we fixed:

Just as Michi, I was busy taking care of various smaller issues to get ready for our next maintenance release. I also spent a bit of time on cleaning up our code for automated tests. We have hundreds of these tests and due to the increasing complexity of the game they started to take too long to run. That's really a problem when you want to achieve good test coverage or even do test-driven development and you have to wait for minutes on end for your tests to finish.

So that's that… beyond some more internal discussions concerning the game design roadmap I mentioned last week, there isn't much more to phone home about. Proper feature development is scheduled to commence again next week.

Like the others already mentioned, a lot of internal discussion kept me busy this week. I'm not very involved in game design, but I do my best to make sure none of the community's feedback and suggestions slip through the cracks. Another thing we've been working out is the exact way we want to deal with the occasional cases of cheating. We had an interesting chat with the community manager of another, pretty huge browser game this week, who gave us most of the answers we've been looking for.

Because the last proper marketing measure was our Honest Trailer, I've decided that it's time to look into a new, possbily important topic: cross-promotions. I compiled a long list of games similar to Prosperous Universe this week and we're going to decide who to reach out to next week. I'm not 100 % sure in which ways we can help each other out, but I have a few ideas.

Perhaps most interestingly, we just received the supporter badge designs we commissioned a few days ago. They're coming to the game pretty soon! Here's a sneak peek: 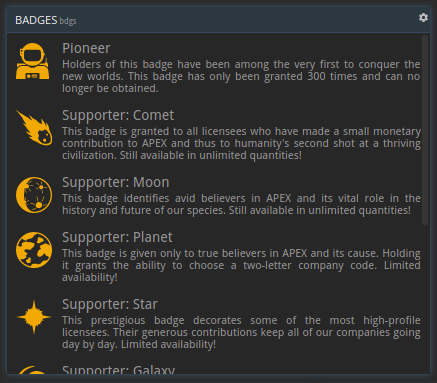 Also check out this pretty picture I posted all over social media for #screenshotsaturday: 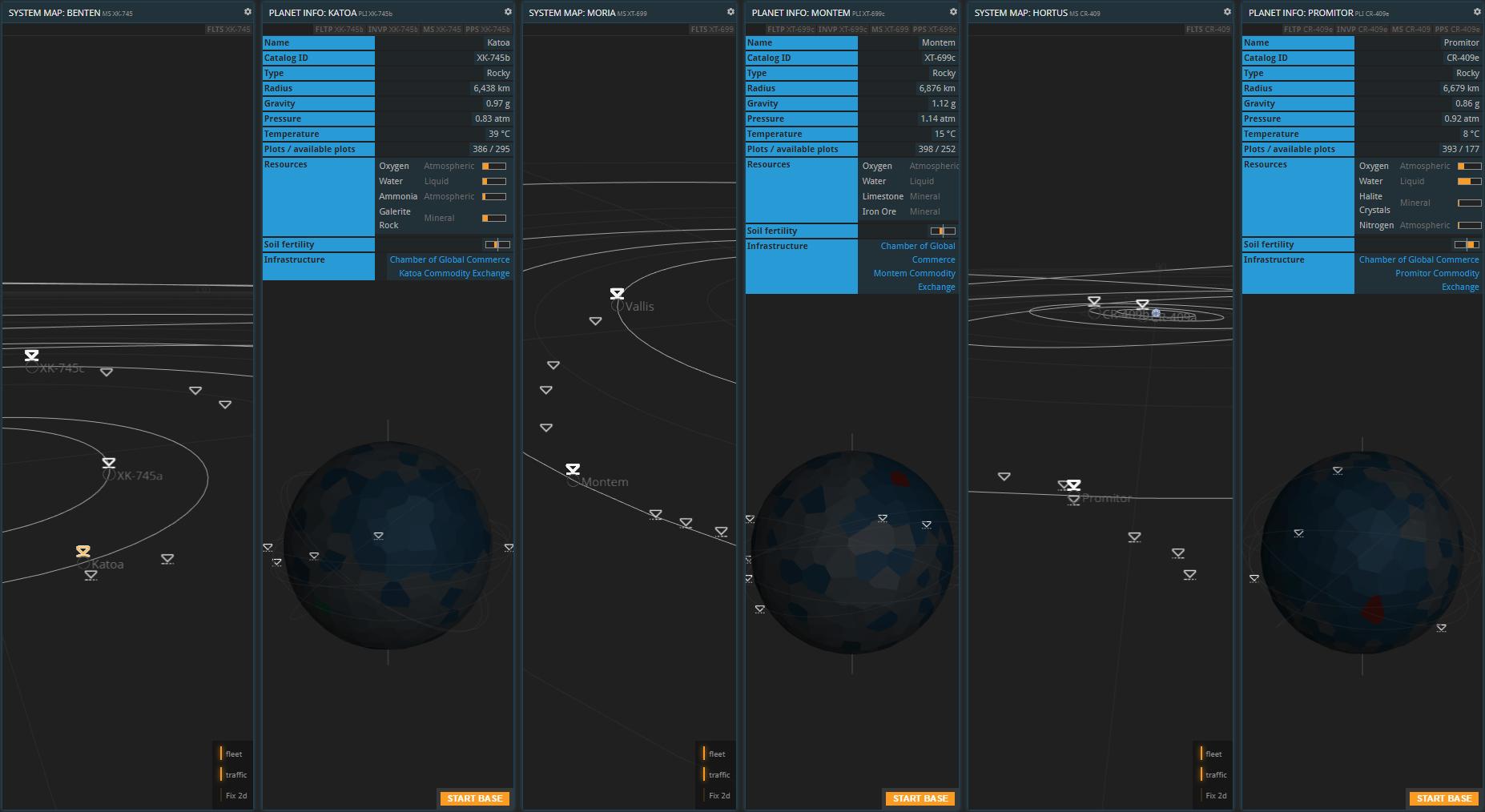