As the first small patches are being rolled out, some underlying issues have surfaced. Nonetheless, the first few hundred players seem to be enjoying themselves, as this week has been very lively both in and around the game!

My first week after the release was dominated by fixing smaller bugs and adding the most often requested improvements. All in all it was mostly small stuff and you can find a detailed list in our release notes. One bigger topic was the implementation of self-service account deletions because it required modifications to three independent systems.

As a side-effect of this week's update we also stumbled across a fairly fundamental issue in our serialization code. The serialization code takes in-memory objects and serializes them so they can be written to the database for storage. The operating mode of our game server is that is typically only ever writes to the database. Only when the server restarts or a game entity (like a company) needs to be reloaded for another reason (for example when it is moved to another cluster node) it reloads its state by applying all the events that occurred in the past. When that happens, the previously serialized events need to be deserialized again. Obviously, the schema used to write and to read the events needs to be the same, otherwise you read garbage into memory. And that's pretty much what happened in some cases here: We traded quick development speed for accuracy and mostly left the schema generation to a third-party library that does a lot of the required steps "automagically". That came back to bite us this week when we realized that the stored data in many cases doesn't match what we expect anymore. For the moment, we "solved" the issue by implementing a few ugly work-arounds. But a proper solution will only be possible once we reset for the next alpha test again.

This week hasn't been quite as crazy as the one before, but it was still very busy. While the days around the release were mostly about getting new players into the game, I've spent a lot of time this week helping players out and even processing the first actual support requests. With over 400 players already in the game and around 50 connected at all time, it's gotten quite busy!

Part of the community engagement was a Twitch stream in which we gathered feedback on the current build before rolling out the first balancing tweaks. It was really fun to talk to the community in real-time, and we were quite satisfied with the turnout (20-30 viewers at all times). I have yet to write down all the feedback we received in a structured manner and pass it along to our game designer Alex. Some people sent us spreadsheets they made, which provide valuable insights as well. If you have one you'd like to share with us, go right ahead!

We also got our very first Let's Plays this week! MassivelyOverpowered's MJ streamed the game right after us, and PeterTaylorTX is creating a whole series. Have a look, especially if you've never seen gameplay outside of the tutorials:

Last but not least, I've started an ongoing giveaway of supporter packs on Twitter! You can still join until December 24th, 11:59 PM CEST. 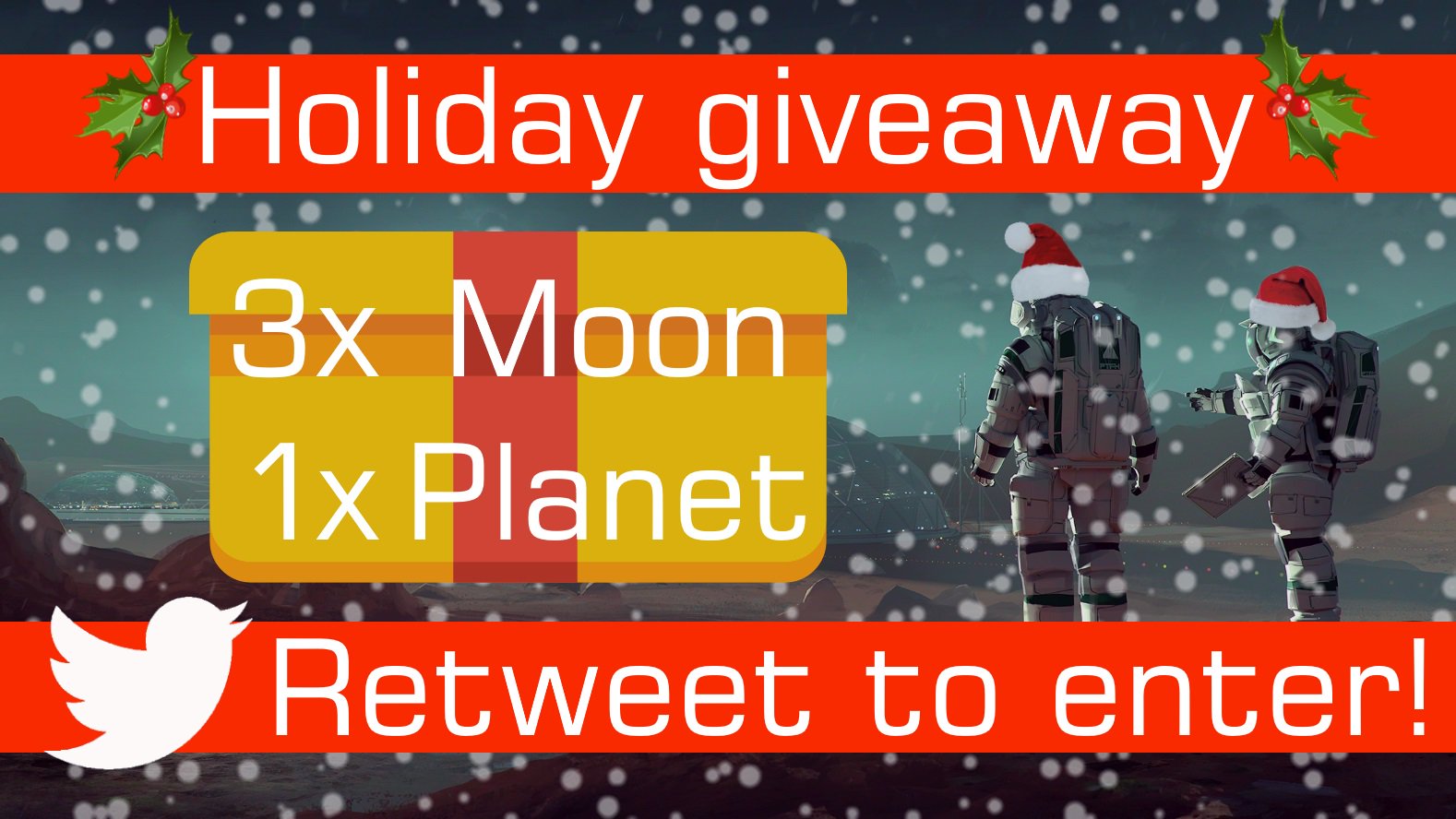