This week, Michi can finally go into detail about an exciting new and important feature: space stations! Meanwhile, Martin got busy with the backend for upcoming tests and Julian dove into the world of clans and guilds.

As promised by Julian in last week's devlog I am going to talk a bit about the space stations I am working on today.

If you have read the background story of the Exodus Council faction or had a look at our feature list you probably have seen the terms 'Orbital Structures' or 'Deep Space Structures'. Both describe space station like structures and they will play an important role in the game. For example since not all ships can land on every (or in some cases any) planet these ships need ways to load and unload cargo, refuel and so on.

Since space stations are an important feature we decided to implement at least a functioning base version during the alpha phase. Since I have been refactoring how locations work in the game anyway, this week was a good point to get started. I added space station support to our world editor, and new game worlds (for example in the next alpha) will contain Cibola Station. This station is the starting point for players that choose the Exodus Council as their faction and contains a public commodity exchange.

While I managed to implement most of the space station details in the server, there is still some work left for next week :) 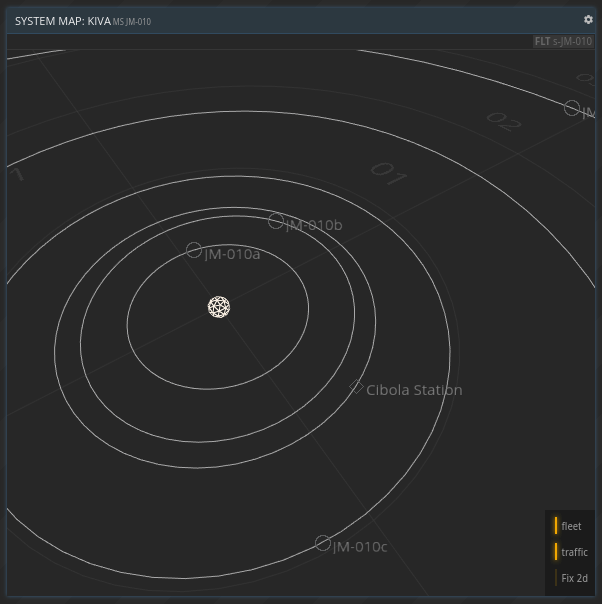 Well, this was a strange week. For reasons I'm sure I'll touch on in one of the next devlogs, I didn't actually plan to get much work done this week at all - neither for Prosperous Universe nor for any other project. But due to, let's say, "scheduling changes", I ended up having a lot more time at my hands than anticipated. At the same time, I didn't want to get started on anything big because I expected to be interrupted at any time.

So I went though my personal backlog of "things that need doing but always fall through the cracks" and took care of a bunch of these, mostly affecting the backend and our build infrastructure. I've also started planning the next major pieces of backend infrastructure that need to be put in place before we can start the upcoming alpha and possibly beta tests that Mjeno already hinted at last week.

That's about it, though. Sorry for being such a tease this week, but it'll clear up soon. Promised!

This week marked the beginning of my last phase of research into PR contacts. With press and influencers already out of the way, the last remaining entity we are going to inform about future milestones like the beta and the game's release are clans. Prosperous Universe being an MMO, we thought it might be interesting to look into existing clans from other MMOs, especially the ones interested in trade and peaceful collaboration. Unfortunately, several hurdles rendered this task somewhat frustrating and ineffective.

First, a lot of clans are focused on PvP. Most other MMOs place a bigger emphasis on combat than PrUn, and fighting together appears to be a big reason to form clans. Second, clans are not businesses, unlike media channels and influencers. Therefore, they hardly ever provide any official contact info. More often than not, the only way to get in touch is to join a forum or Discord channel for the purpose of becoming a clan member. Third, most clans are short-lived. I imagine it to go like this: Someone falls in love with a game, has a couple of friends playing it, and decides to give their group a name. They then come up with a logo, write a bit of lore, and set up a page. A couple of months in, they lose interest in the game or at least in managing the clan and nobody takes their place. The clan page stays up, and only spending several minutes on the site, it dawns on me that this clan hasn't been active in years. You would be surprised how many inactive clans still have homepages from as far back as 2012. Last but not least, I sometimes struggled to distinguish playful, in-game tribalism and actual political agendas. For instance, some German clans like to put an Eagle in their logo. There's nothing inherently wrong with that, but I did wonder why such a real-world symbol with real-world history and meaning had to be slapped onto a fictional group. Maybe it's just my own distaste for patriotism in general, but I went out of my way trying to find out whether a group had an actual political agenda. I read forums, followed external links, stalked profiles and signatures etc. to make sure I didn't end up inviting hateful groups into our game.

As you can imagine, all this made the search for suitable clans somewhat tedious. I did find a few, but it's a disproportionate amount to my time investment. If you're reading this and thinking "I have the perfect clan for Prosperous Universe", don't hesitate to get in touch.