With Michi gone for the week, Martin and Julian set out to exhibit the game and its latest artwork at Games/Bavaria Vernissage in Munich.

I am writing this from this year's GameCamp in Munich, a fantastic bar-camp-style event that's happening for the tenth year in a row now. If you ever get the chance to attend, check it out. Even (or especially) if you're not directly involved in game making!

That said, my work-week was dominated by business-y stuff, primarily more preparations for the looming GDPR deadline. We'll be ready by the end of May, but it is a lot of work and a few more technical changes will be required before I can wrap up this project.

At the beginning of this week, I continued my work of applying for exhibitions throughout Europe. Then I caught a nasty virus and took a few days of sick leave, hoping for it to be gone by the weekend. It worked more or less and, like Martin, I've spent the past few days in Munich, where we exhibited the game and revealed Mac's latest Prosperous Universe artwork at Games/Bavaria Vernissage: 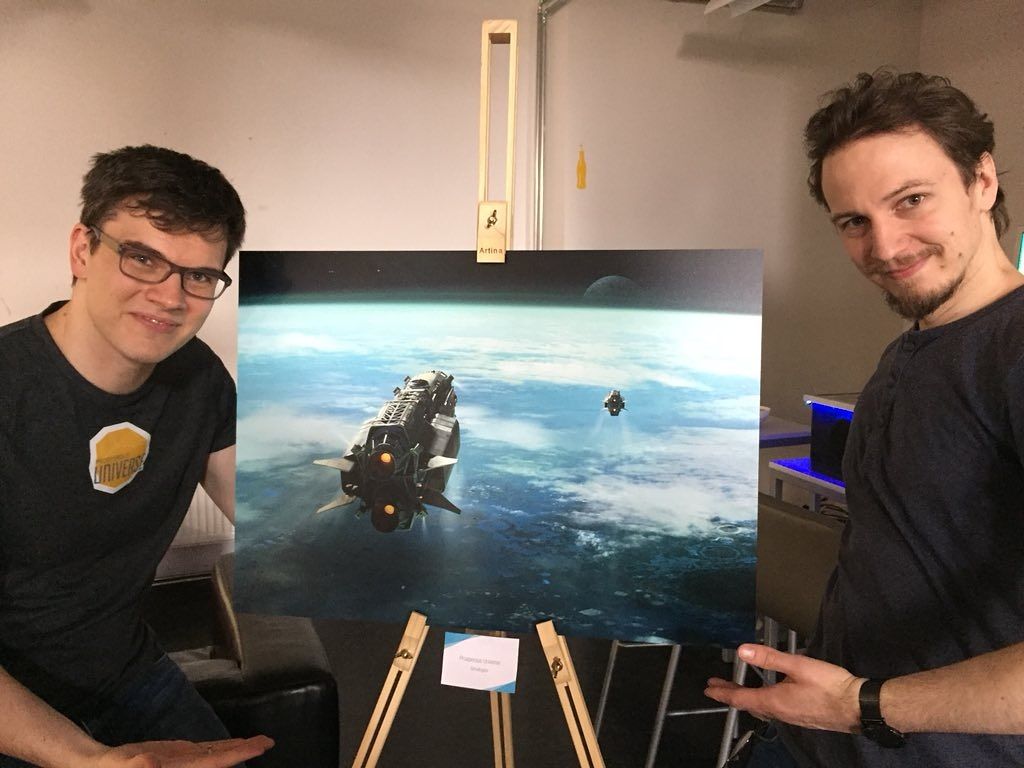 Among other works from different games, this artwork will be exhibited at WERK1 Café for the coming two weeks. Here's a high-res version, in case you're in need of a new wallpaper:

It's always nice to be back in Munich, where I lived for several years until recently. I met many old friends at GameCamp, got some press contacts and attended talks on various topics relevant to my work for the game. I talked to a few devs of other (big) browser games about their monetization strategies, and I have to say I'm not sure I want to follow their lead. The more I learn about it, the more I realize that making money from a browser game in an ethical way is no easy task.

I'll be on vacation for a couple of days to concentrate on writing a soundtrack. (I still write music as a freelancer occasionally.) See you in two weeks!