This week, Michi got into the nuts and bolts of the Expert system while Martin was busy preventing us from breaking European law. Julian has finished up last week's list and started preparing learning resources for the next play test, which is just around the corner.

Games are serious business! Especially when you are like us and run browser-based games. Because that means you have to run servers and various backend services that - out of necessity - store a certain amount of personal data. And that again leads me to one of my major tasks this weeks: Starting in May, new General Data Protection Regulations will apply to all companies doing business in the EU. While this is a good thing in general - various national laws get unified and trying to protect personal data is a laudable goal - it means I have a lot of paperwork to finish in time. This is nothing to be taken lightly, because compared to previous regulations, there are hefty fees for anyone found to be not in compliance. With the deadline looming in May, several technical adjustments still to be made and legal documents waiting to be finalized, this topic will probably keep me busy on and off again over the coming weeks.

Despite this, I found a bit of time to continue working on notifications and now one can click on a notification and it actually takes you somewhere useful within the game. Since my current test-notifications are those for commodity or foreign exchange orders being filled that meant I had to actually built views for single CX/FX orders into the game. While several alpha testers have frequently requested these before - especially to see who they actually traded with - those views somehow always got postponed in favor of "more important stuff". Wait no more... the next alpha test will have them!

As teased last week I am going into the details of the expert system. To be able to support specialization instead of generalization we added this system.

Every base built by a player can have a certain amount of experts which give a bonus on the production time of commodities. Each expert has a field of expertise (like construction, mining, agriculture and so on) and the bonus only applies to production lines in this field. That means that an agriculture expert cannot be used as a manufacturing expert. The amount of active experts is limited per field of expertise and per base. Depending on how well this system works and if we decide to keep it we will add additional buildings that can be built to raise these limits.

Experts cannot be bought or traded, they will spawn over time if you are using a production line. New players will start out with a few experts depending on their starting profile choice.

Here is what the system looks like in this early stage:

Last Sunday night, I dared to advertise Prosperous Universe on Reddit. I got ready to be downvoted to hell but - to my surprise - the opposite happened. Most Redditors responded very positively to my posts and we even reached the Hot page of r/sciencefiction and did similarly well in r/gamedevscreens. Of course I had read and abided by the rules of all subreddits I posted in, but I was still sceptic that self-advertisement was going to fly. I'm glad I was wrong, and that the communities turned out to be very welcoming and interested. We even got a few new testers from Reddit - welcome, guys!

After finishing up last week's list of press contacts, I decided it was time for something a little more fun. I added custom emojis to our Discord, so that abbreviations of commodities will now appear as their in-game symbols. I then started preparing the tutorial video for the upcoming test. Since we're going to step up the production value of our videos, I set up my green screen to beam myself into a space station: 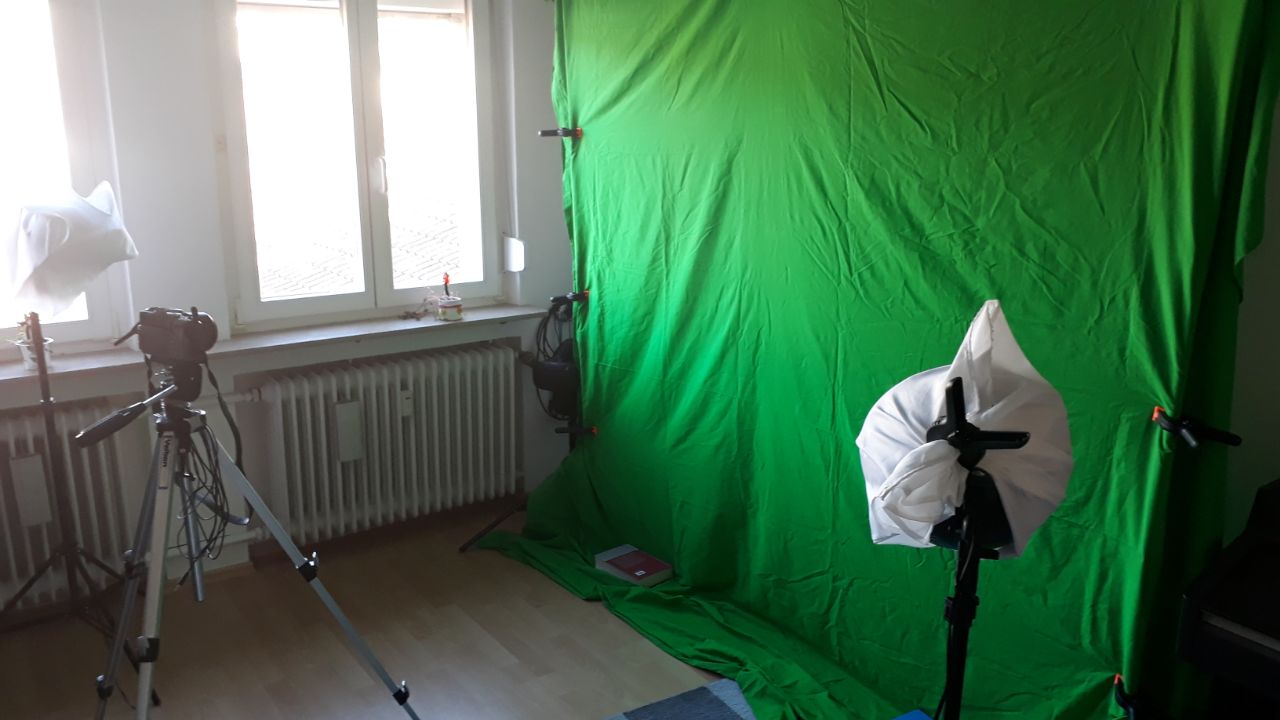 I made a quick test recording and added some effects. Here's a sneak peek:

Since the tutorial will be in character, we also thought it'd be nice to have the APEX Rock on my clothes. Ordering a patch online would take a few weeks, so I decided to get into embroidery and make it myself (in my free time). It's nice to feel something other than a keyboard below my fingers for a change: 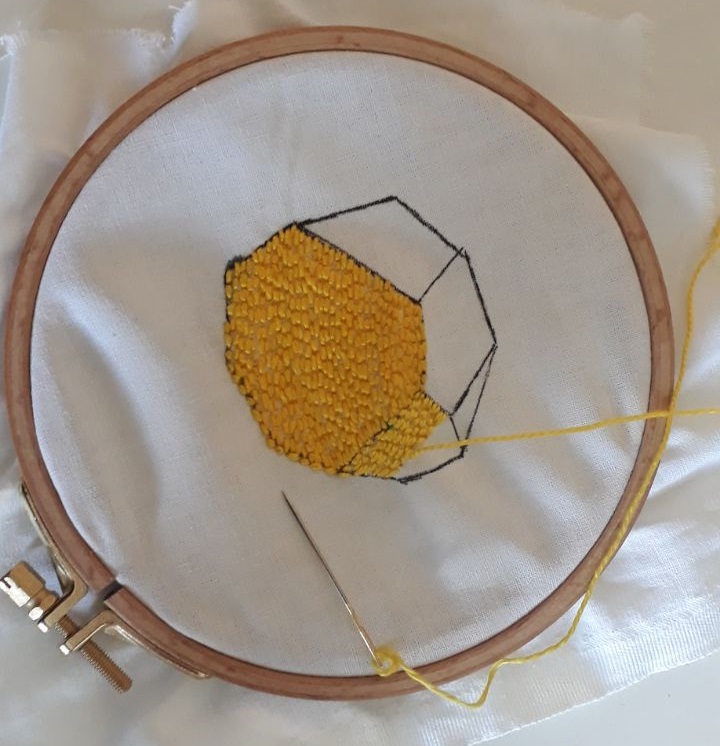 Behind the scenes, we're working on rebranding our company (whose name actually never appears anywhere near the game right now), pondering game design questions and commissioning art for the game's UI to add some flavor to the gameplay experience. In short: Many things are moving forward!