Reflecting on the outcome of the first alpha test we decided to squeeze in some changes in our (already pretty full) schedule before going on as planned. The changes mostly concern how fast and big bases can be built.

Just as we got the alpha tests rolling and motivation hit a long-time high, I had to interrupt my work for a whole week due to other obligations. I was traveling for client work and therefore had no time to work on PU. In fact, these lines you are reading right now are just about my contribution to the project for this week :-)

Anyway, next week I'll be back in the office again as usual and I plan to wrap up my work on the production UI redesign, among other things.

Now that the first alpha test is over Martin and I spent quite some time thinking about what changes we want to make for the next one. One thing we learned from the test was that it was far too easy to build a large or very large base. There are several factors for this:

First: We thought that the basic buildings should be available from NPCs, so players could not get stuck during the bootstrapping phase. The basic premise still holds, but the prices for these buildings was way to low. Everyone was able to just buy the buildings for very low prices and have bases with 10s of habitation modules, smelter and so on within just a few days. This week I changed that and in the next test we will evaluate what happens if all the buildings have to be provided by players.

Second: Space is unlimited. In the previous test there was no limit how many buildings could be built at a single player's site and planets could host unlimited player sites. We want to set limits for those two dimensions as well.

This week I implemented the plot concept: A planet consists of a certain amount of plots that can hold a player site. If all plots are taken, no player is able to build a base on that planet anymore. Right now every player can only have one plot on each planet, but that will change in the future. Here are two screenshots from before the change and after: 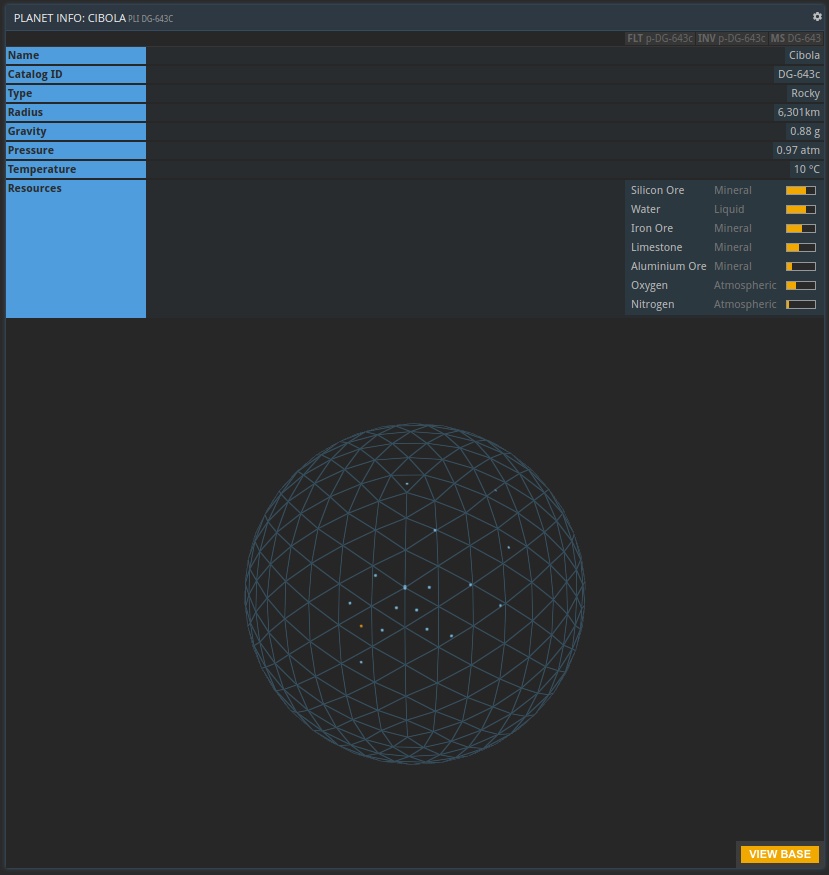 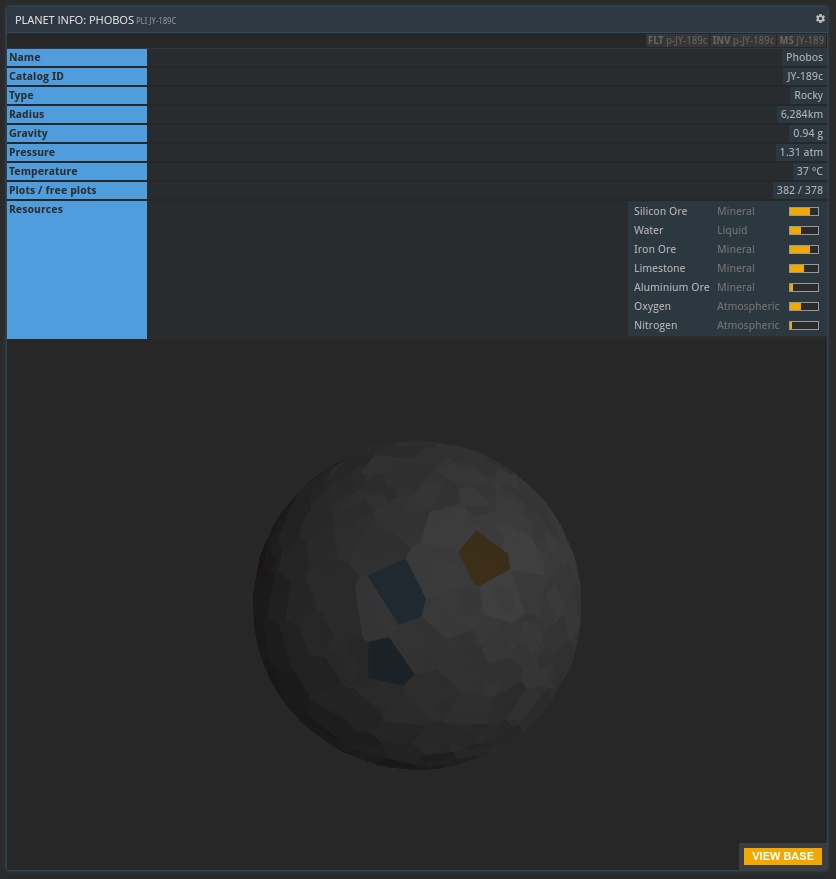 The visual styling for the new planet view is not quite done yet, but you get the idea!

The second change I implemented this week is that each plot grants a certain amount of area points and each building consumes some of them, depending on its size. This will hopefully lead to a more strategic decision by the players where to setup certain production chains. To gain more area points players can acquire more plots, but that's not implemented yet.

We decided to make these changes before starting a new alpha test since they are quite game changing.