For our 70th week of development, Michi and I met up at simulogics HQ again to spend a total of 5 days planning and scheming!

With more or less public play tests coming up soon, we need to get the world of Prosperous Universe finalized. By this we mean the factions present in the game world as well as their background stories. There will be five different factions that each come from a different background back on Earth and any new player will have to join one of them during sign-up. For now, the differences between the factions are purely in the story, but we might add actual differences relevant to gameplay at a later point in time. Think certain production bonuses or different starting conditions. 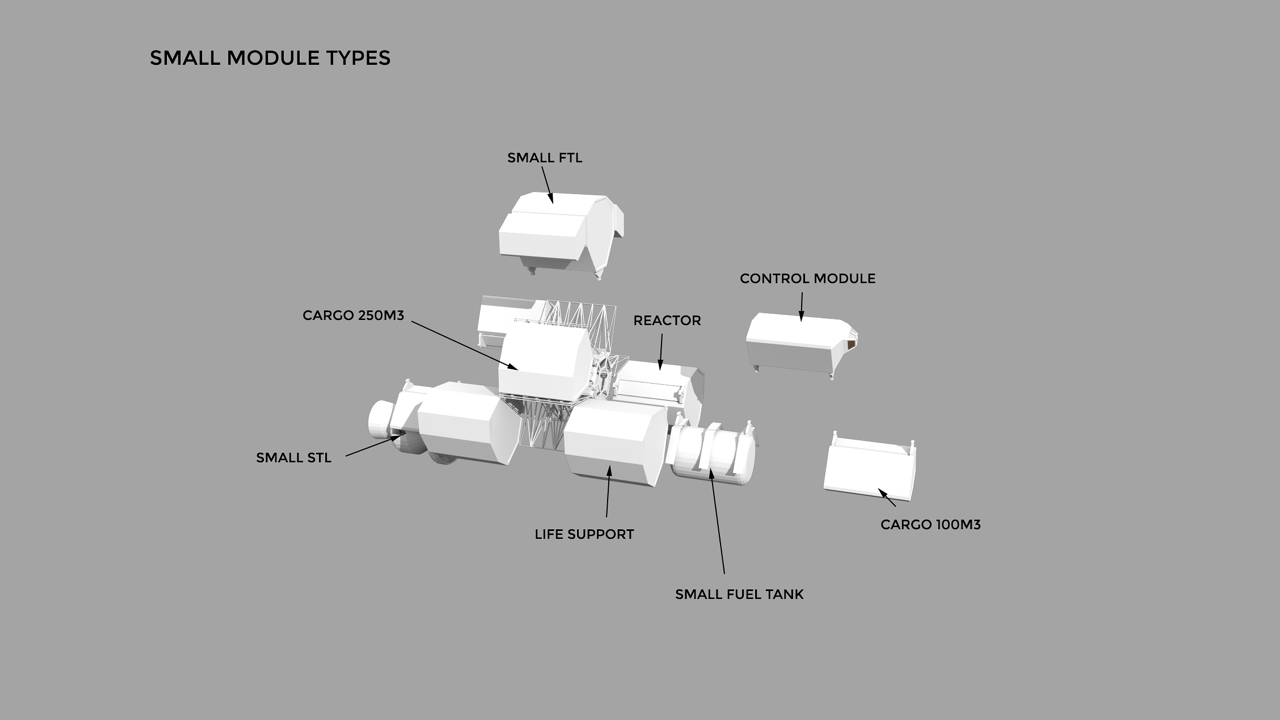 It has always been our plan to have fully modular ships in Prosperous Universe, mostly for two reasons:

This week we sat down to finalize the concept for this major feature so Michi can get started on implementing it over the coming weeks and months.

There will be hundreds of different materials, items and resources in Prosperous Universe and setting up any kind of production chain involves building a base, feeding a population and sourcing materials. You might even have to haul fuel, resources and supplies half-way across the universe. So what would a new player need to get started in this world? They need enough construction materials and supplies to be able to set up a base and maintain an initial population for a few days without having to immediately purchase more on the market. They need at least one ship and enough fuel for a few long trips. They should also be able to actually do something during the first hours of gameplay and to expand their operations within a few days at most. To achieve these goals, we tweaked the production tree and other parameters. Most of the work to get all of this to "feel right" will have to take place during Alpha and Beta testing, though, with balancing based on actual feedback from players.

Last but not least, we had to deal with a few less interesting but nonetheless important business-related topics. This included detailing our roadmap for the coming months and work on our new website which we plan to launch before early alpha testing commences. We also thought a lot about our monetization and launch strategy and came up with a hybrid between an Early Access model and a crowd-funding campaign which we want to start later this year.

So this is what we have in mind: We've been working on PU for more than a year now and although we still have a (very) long list of features we'd like to add, we feel like it is time to get the game out there. Since we expect the project to evolve quite a bit during it's first months after release, we feel like an Early Access-like model would work very well for us in that we grant access to the game early and then add new features and improvements continually over time. This way, anyone who wants to take an early look at the game can do so by simply purchasing game time. For anyone who wants to support our development beyond that, there will be a variety of crowd-funding-like tiers that will offer different perks ranging from a simple mention in a list of supporters to physical merch like shirts, art prints and more.